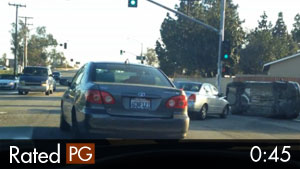 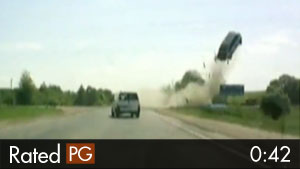 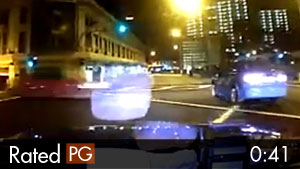 Three people were killed when a Ferrari 599 GTO t-boned a taxi cab while speeding in Singapore. The driver of the Ferrari (31-year-old businessman Ma Chi) was killed instantly, while the cab driver & his passenger...

Man Warns Daughter About Crashes, Then They Witness One

A Russian father's advice about car accidents given to his young daughter ends with a real-life demonstration! Video taken April 17th, 2013 (04/17/2013). 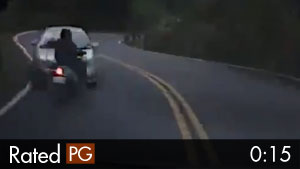