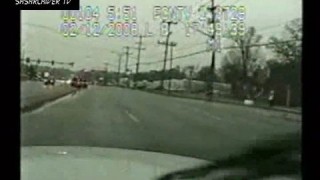 A police vehicle with emergency lights activated causes a fatal accident when going through a red light. Video created 02/12/2008 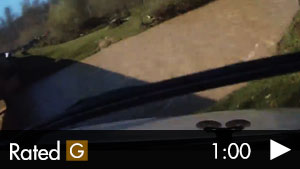 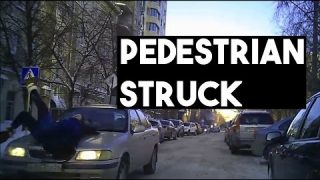 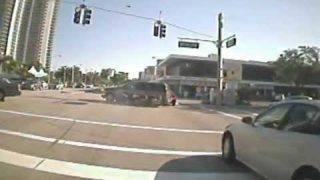