Driver Falls Out of Van Before Crash

The driver of this van either falls out or jumps out before the van careens into oncoming lanes and swipes the dash cam vehicle. The ejected driver looks embarrassed... wouldn't anyone though after something like that... 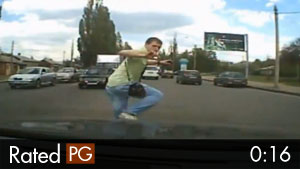 Driver in a hurry and driving recklessly ends up hitting a pedestrian. The guy makes a lucky jump, crashes into the windshield, and walks away like a boss. 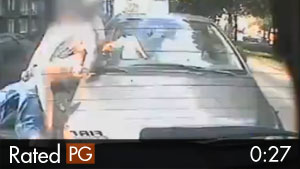 Student Driver Crashes Into Moped at a Red Light

Doesn't the driver's ed teacher also have a brake? WTF happened there? Scary driver's exam... No word on any injuries to the driver & passenger of the moped. Video taken in Katowice, Silesia, Poland. 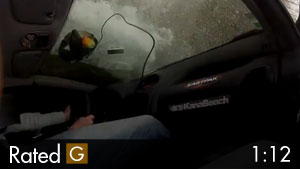 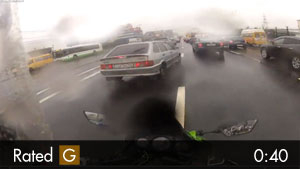 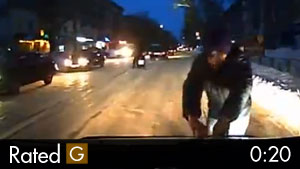