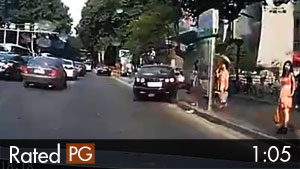 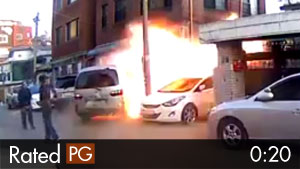 This happened in Hanan, China. Apparently, the gas line had been cut in the first floor apartment, but the owner of the house denied cutting it. There were 7 people injured in the blast. The owner was treated for burn... 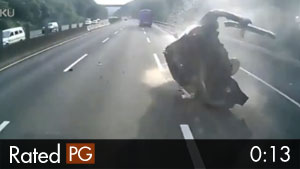 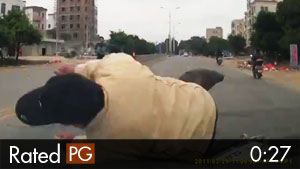 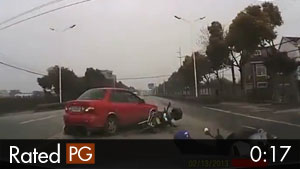 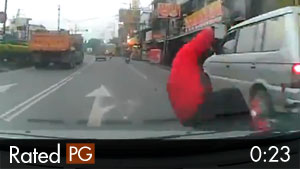 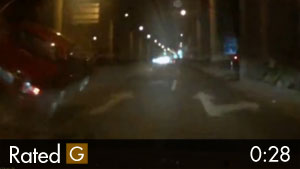 I can't blame it all on the driver, even though (s)he was obviously not paying full attention... There was really no protection, lights, or reflectors to warn drivers. Video taken January 3rd, 2013 (01/03/2013). 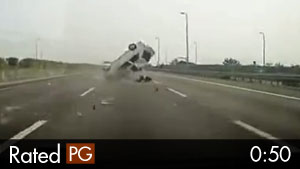