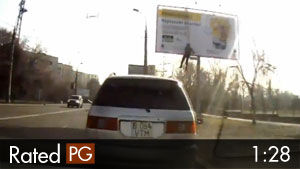 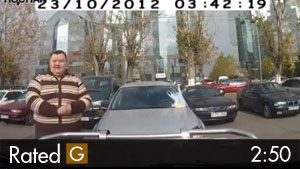 Hilarious video of a fat guy who finds himself unable to fit into his car in a tight parking spot. Take it as a hint buddy, you could probably stand to lose a few pounds. Is that Kim Dotcom? Video taken October ...