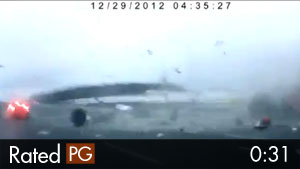 Crazy video of a passenger jet which crashed into a highway after making a hard landing at Moscow’s Vnukovo Airport. At least four people were killed and four more were critically injured, says the Interior Ministr...